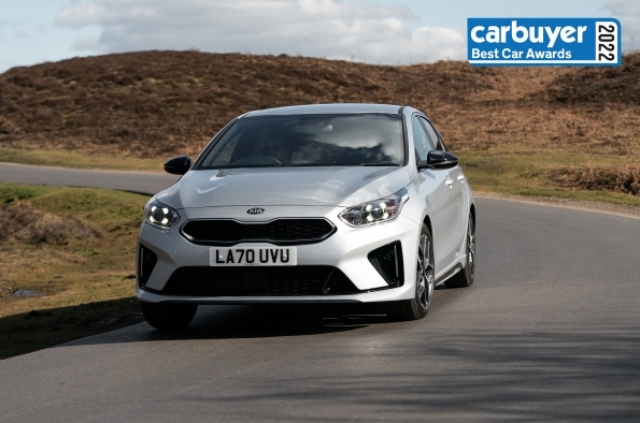 Kia takes three at Carbuyer Car of the Year Awards 2022

The Kia Sorento, Ceed and Niro Plug-in Hybrid have each taken home category wins at the Carbuyer Car of the Year Awards 2022.

For the second year running, Kia’s seven-seat SUV, the Sorento, has been named ‘Best Large Family Car’. Additionally, the Kia Ceed has won the ‘Best Used Small Family Car’ award and the Kia Niro PHEV was rated the ‘Best Used Plug-in Hybrid Car’. The awards highlight the strength of Kia’s used cars, supported by a seven-year/100,000 mile fully transferrable warranty to better help them stand the test of time.

Kia has excelled in the used car categories this year, with accolades for the Ceed and Niro PHEV. Speaking on the Niro PHEV’s win, Richard Ingram, Editor of Carbuyer.co.uk, said: “The Kia Niro sets itself apart from its rivals thanks to a trio of electrified powertrains. But if you’re not ready to make the jump to fully electric, the plug-in hybrid version makes an awful lot of sense; it has the ability to complete short journeys on battery power but has a petrol engine to fall back on for longer trips. The potential for rock-bottom running costs is impossible to ignore.”

On the Ceed, Ingram added: “The Ceed – a practical, well-equipped family car when new – comes into its own on the used market. Where rival models offer the potential for big bills, Kia customers can buy with confidence thanks to the brand’s industry-leading seven-year warranty, finding comfort in the knowledge they’re covered for three, four, five years or more, depending on the age of the car.”

Kia’s multi-award winning Approved Used Programme makes used car purchases easy for customers, offering a wide range of cars – including the Ceed and Niro PHEV – through the brand’s 192-strong UK dealer network. The programme gives used car buyers the same peace of mind as those buying new. All cars offer the balance of the fully transferrable Kia seven-year warranty, demonstrating Kia’s confidence in the reliability, quality and preparation of all its Approved Used vehicles.